I know many people are jealous that I get to test different TVs but let me tell you that it is hard work. ;) I’ve got to subject myself to hours of use! In order to fully enjoy a TV you have to be able to see it. Not every room allows you to have a TV stand where you sit directly in front of the screen. In cases where you need to rotate the panel a few degrees to the left or right the Samsung UN55ES7100 allows you to do so. You have approximately 15 degrees clockwise and counter-clockwise movement. 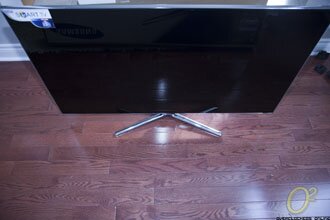 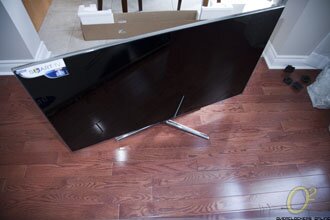 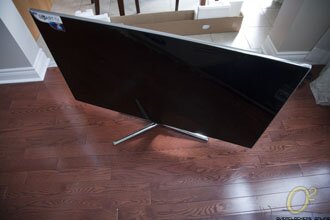 This allows you to maximize your viewing angle. In cases where you still don’t sit perpendicular to the screen the Samsung UN55ES7100 has an amazing viewing angle. Even extreme angles you can still make out fine details and colors. 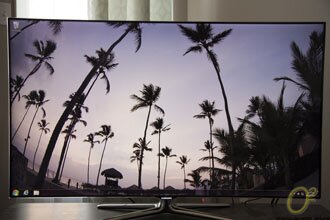 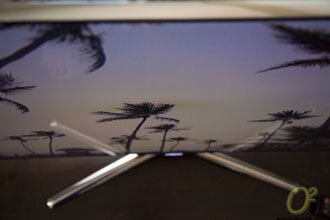 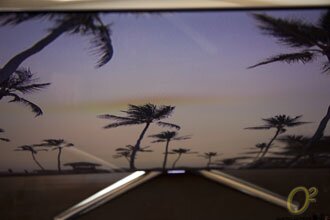 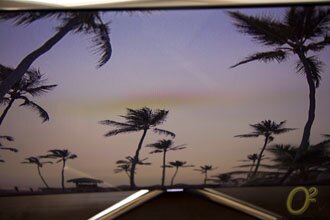 To test out the TV I enjoyed a variety of sources: TV, PC, HDMI and network sources. All of them came out very clear with no lag what-so-ever. Here are some pictures of the ES7100 in action with my computer connected via HDMI cable. 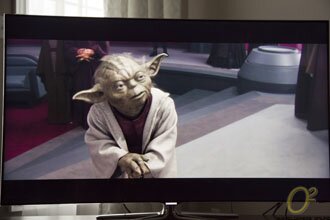 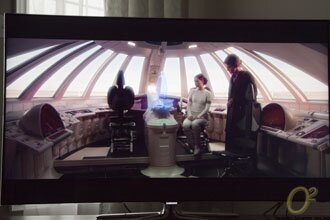 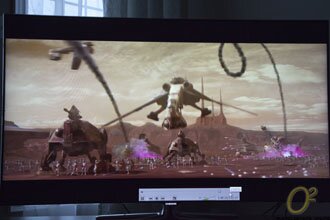 The Samsung UN55ES7100 doubles as a monitor for my HTPC. The 55″ screen is large enough to read the news off a webpage with the 1920×1080 resolution. With the amazing color quality this TV can easily double as a monitor of large size photo editing or CAD drawing. 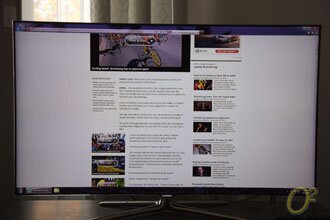 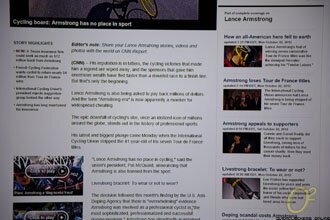 Much like the previous few Samsung TVs that I’ve reviewed, the UN55ES7100 is capable of 3D display provided you have a 3D source. The UN55ES7100 does come with four 3D Active Glasses, a huge positive in my books for 3D TV.

It’s difficult to capture a 3D experience in a picture but Samsung uses the 3D HyperReal Engine and they boast it generates less ghosting while creating razor sharp and fluid images. In my short tests the images seem to pop out of the screen more than with some of the older TVs that I’ve had. While I don’t have as many 3D samples to try out with, I’ll have to say that the 3D engine does the trick if you’re a fan of 3D movies. 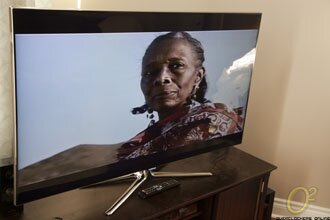 With all that being said and all the pictures you see above, testing a TV is subjective, what you interpret will be different than what I interpret. I always recommend to friends that when you’re shopping for a TV you find a retailer that has them all out on display. This way you can stand in front of a few different models and see if your eyes like it. To take away from some of the subjectivity, I like to have a look at two technical subjects you’ll read about on the next page. 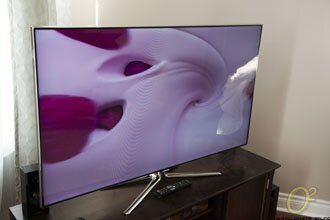