NZXT has certainly been showing a presence here at Overclockers Online and they return to us yet again with another case.

Following on the heels of Nivedh's review of NZXT's Beta case, I have the next evolution of that case if you will with the Beta EVO. The Beta EVO may look pretty much identical on the outside, but there are a few changes that can make a big difference. 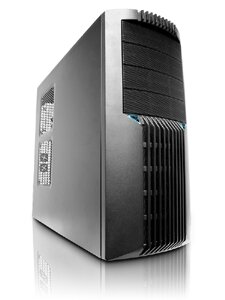 As we saw with the Beta, the Beta EVO also comes in an unassuming cardboard package that lists out the features. 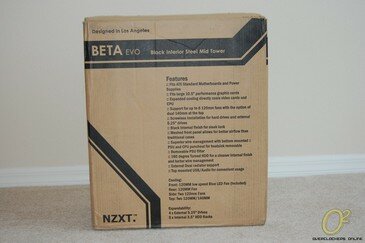 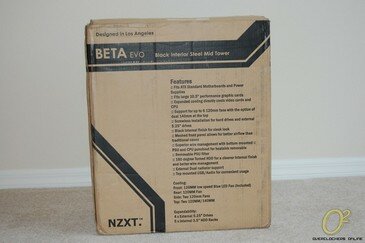 Protection is pretty standard with two Styrofoam ends and the case enclosed in a plastic bag. 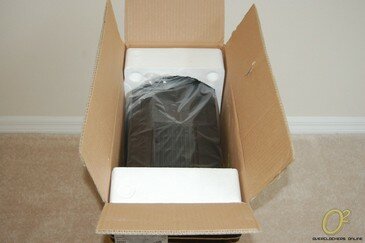 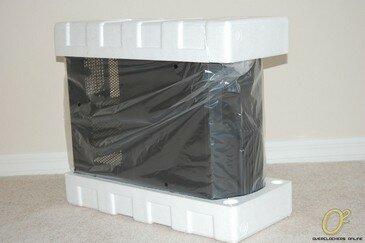 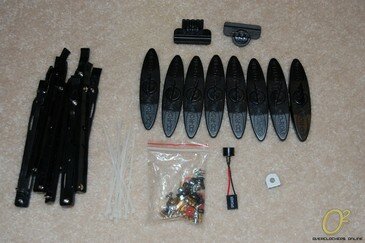 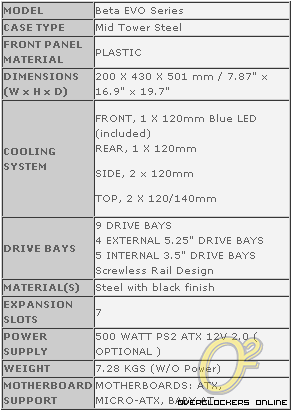 From the front nothing has changed from the Beta, we still have four external 5.25′ bays with vented covers. One of the changes we can see up top where there is now an area that can hold two 120mm or 140mm fans. Along the top edge is the headphone/mic jacks, 2 USB and an eSATA port. 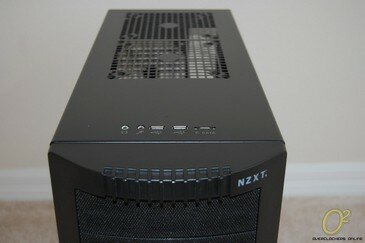 The front panel pops off revealing a 120mm fan and the open drive bays. The drive bay covers easily pop off and have a filter over each. 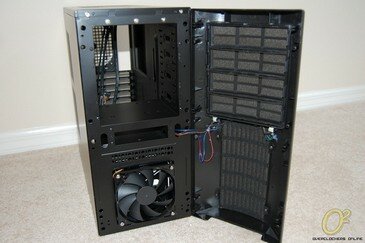 The left side panel still retains the two open mounts for 120mm fans. 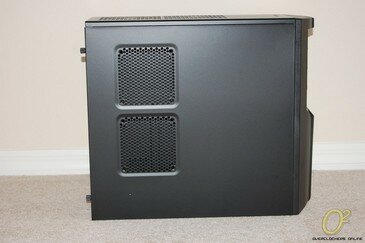 Now that we move to the back we can see the other major change from the Beta, a bottom mounted power supply. This also allows for the fan mountings on the top. 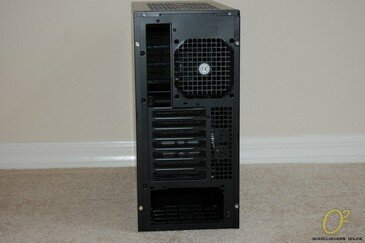 The bottom of the Beta EVO has four small rubber feet and an opening for the power supply to take in fresh air. One small problem I see here is the small feet won't really help in elevating the case when it is on carpet. 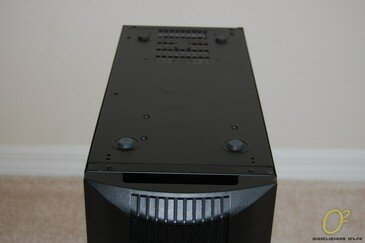 Once cracked open the EVO looks nearly identical to its brother. The accessories box is tucked away in the 3.5′ bays using two of the drive rails.

The lower PSU vent opening has a fan filter, though the power supply has to be taken out in order to remove it. The PCI slot covers are all vented but no tool free mechanisms here, though that's not necessarily a bad thing.

In front of the hard drive bays is the lone fan with both a 3 pin and 4 pin power connection.

On the backside there is a better view of the cutouts around the motherboard tray for routing cables. 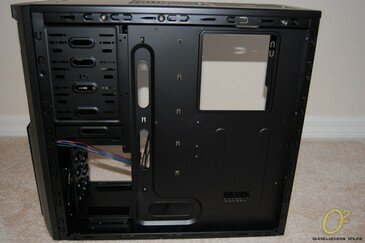 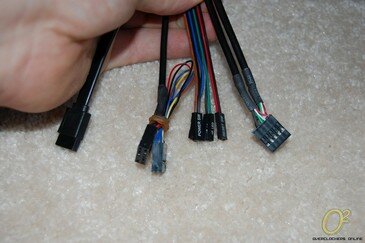 I'll be quite honest in that I really didn't run into any sort of issues. The cutouts around the motherboard tray were positioned exactly where I needed them. There isn't a whole lot of room behind the tray, but enough for me to route most of my cables to hide.

Even with a full system installed the EVO doesn't looked cramped at all. The only place with a potential space issue is towards the top as any fans mounted on the inside would really cut it close to larger heatsinks. 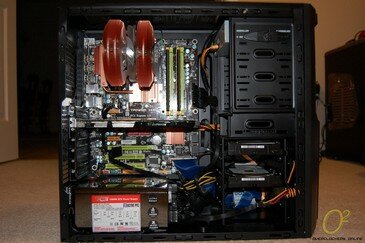 With everything powered up you can see the front fan has a blue LED. It's time to crank things up and see how the EVO performs. 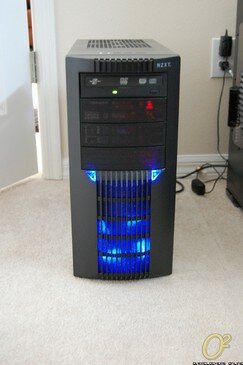 The following system was installed and used to gather temperatures.

First up we'll do some testing to see how well the Beta EVO keeps things cool. To get idle temperatures I started the PC up and allowed it to sit at idle for 3 hours with no processes running and recorded temperatures using Everest Ultimate. 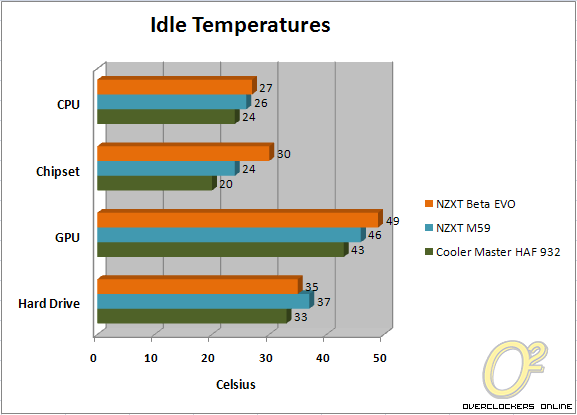 With only one included fan I knew the EVO just wouldn't be able to keep up the other cases, though it has a distinct advantage in the hard drive area over the M59 since the EVO has a fan there while the M59 does not.

Next was to load the PC and get some temperatures with a little more heat involved. To get load temps, I ran Orthos blend along with 3DMark06 in a continuous loop for 3 hours. 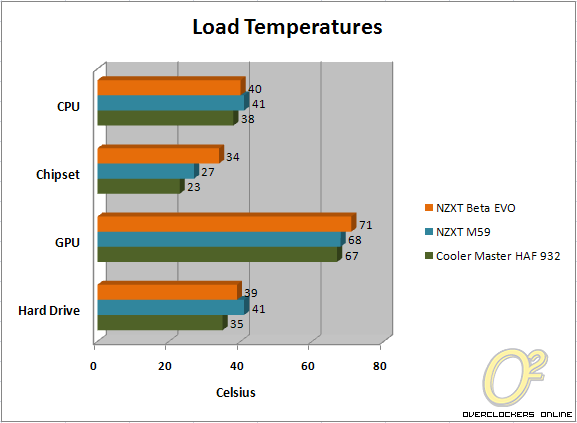 Now here is where I was a bit surprised with the CPU temps. The only reason I can think that it was able to match the M59 was because that area of the EVO is so open. While the rest of the temperatures (aside from the HD) lag behind, the ability to add up to 5 more fans can obviously improve this.

After our review of the Beta, we knew the EVO would be a good base from which to start. With two more fan mounting locations and the ability to add watercooling the Beta EVO gives you even more options.

Even with these improvements, the EVO still is feels a little bit flimsy. The EVO also is still a rather bare bones case with only one fan included.

While the Beta EVO is lacking in some amenities, it also has a lot of room for improving with extra fans or even watercooling. Much like the Beta, the EVO is a great mid tower case as long as you are ready to work with its shortcomings.

Overclockers Online would like to thank NZXT for supplying the Beta EVO case for review.