InWin isn't a new face in the PC market, although it has been quite some time since I've last looked at them. InWin first opened business in 1986 as a manufacturer of computer cases. Since those beginnings over twenty years ago they have expanded to include power supplies and now digital media enclosures.

We'll start with the packaging. Packaging is very plain and soft spoken. No flashy graphics or characters which would almost clash with the idea of the 'NA. The back of package simply lists out features and specifications for the 'NA. 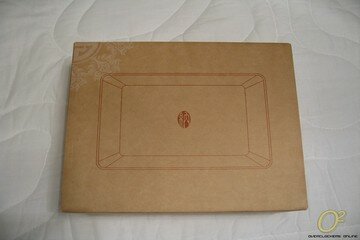 On the sides we see that the 'NA supports both eSATA and USB 2.0. Aside from that there are the barcodes along with serial number. 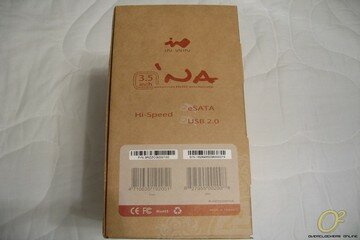 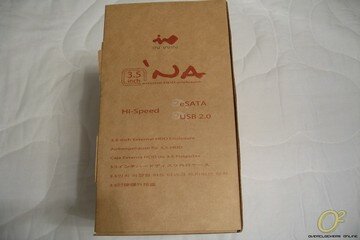 Opening up the box we see the 'NA is protected inside within a cardboard shell. The accessories include a USB 2.0 cable, eSATA cable, 4 mounting screws and power supply. The power supply comes with the plug portion detached, which would make it easier to simply change the plug attachment for different countries. I like that InWin includes both eSATA and USB cables, though the eSATA cable is quite a bit shorter so if you plan on using this connection, chances are the 'NA will have to be right next to your computer. 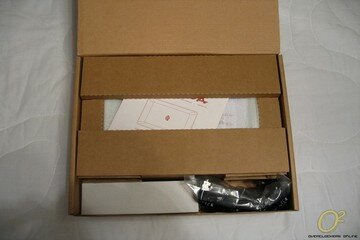 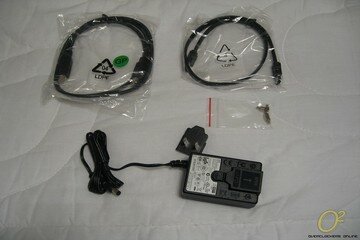 Next I grabbed the features and specifications for the 'Na straight from InWin's product page here.

Design Philosophy
Inspired by the Chinese calligraphy, Na, a 3.5 inch external storage device deprives itself from the traditional cold and dull electronic enclosure by combining a warm artistic design and a touch of Chinese culture. The unique characteristics of this innovative design truly embody technology as an art!

Culture & Art
Na 3.5 inch external storage device encapsulates the Chinese cultural essence of art and philosophy. This adornment embellishes the safe keeping of prosperity and wealth, and the spirit of generosity.
A smooth-shiny pottery and a stylish silhouette provide an artistic appeal that is simple yet profound.

Glamorous Chinaware
This uniquely designed Chinaware embellishes the word ‘NA’ on its surface. It features not only the ability to store data, but also provides the use of a pottery.
The detail dedication in the design of such device displays the essence of the Chinese culture.

Anti Vibration
Hard drive cage positioned on the top with patterned anti-vibration rubber designed to protect against shocks and vibrations.

Smart Fan Control
6cm silent fan is equipped with automatic thermostat switch which can automatically detects the temperatures to turn the fan on or off, helps you save electricity, keep hard drive in controlled temperature, safe and environment friendly.

From InWin's product page it is clear they have designed the 'Na to be more than just the average looking piece of hardware. Next let's move on and see exactly what makes up the 'Na.

The first piece you come to is the white porcelain dish that sets on top. The porcelain dish is entirely white aside from the Chinese Calligraphy for 'NA in the center. On the bottom are four rubber feet that would also allow this dish to be used separately of the enclosure. 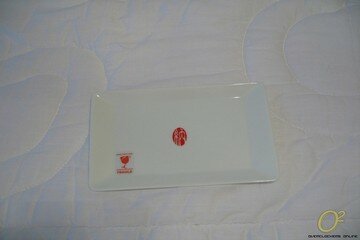 The main body of the 'NA is made of plastic and there are 3 screws that hold the enclosure together. There is a small strap used to lift the center portion out and install the hard drive. On the bottom you can see the vent for the cooling fan. The four feet are rounded and made of rubber for non slip and vibration dampening. 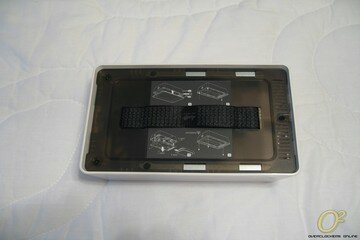 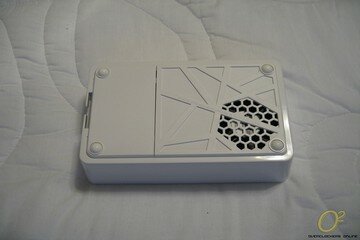 On the end the cover is removed to reveal the power, eSATA and USB connections. There is a small slit for routing the cables neatly out the back. 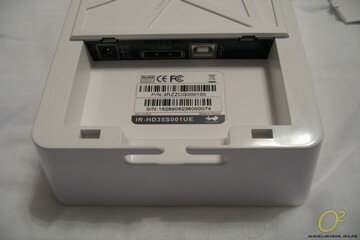 Located on the front is the power button. 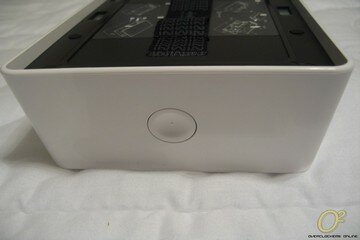 After removing the three screws mentioned earlier the center section pulls out. This center portion contains the main guts of the enclosure. 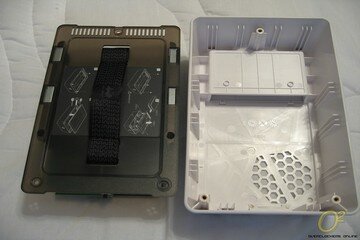 Looking inside you can see the SATA connection along with the four rubber dampeners where the hard drive is mounted. Located on the bottom is the thermally controlled cooling fan. 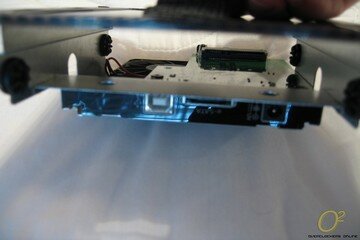 Installing the hard drive is quite simple; it is just a matter of sliding the hard drive in and securing it with the four mounting screws. The screws rest in between the rubber grommets to help further dampen any noise from vibrations.

The final step is installing the connecting cable of choice along with the power connection and replacing the cover. 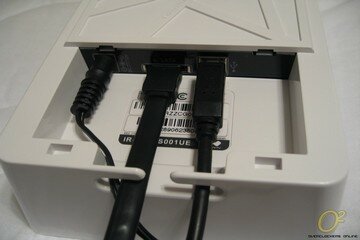 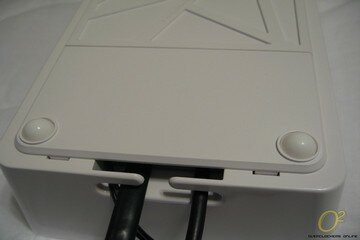 When powered up there is no flashy blue or red LED. Instead there is a white light that shows through the porcelain plate that sits on top. 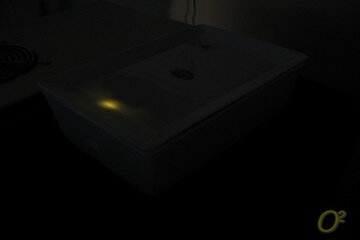 The following system was used for testing:

Since there really isn't any sort of testing so to speak for the enclosure itself, we just want to make sure that the enclosure itself isn't causing any hindrance to the transfer rates. For this I ran HD Tune 2.55 while using both the USB 2.0 and eSATA connections. The last test was on the same hard drive while attached to SATA internally. 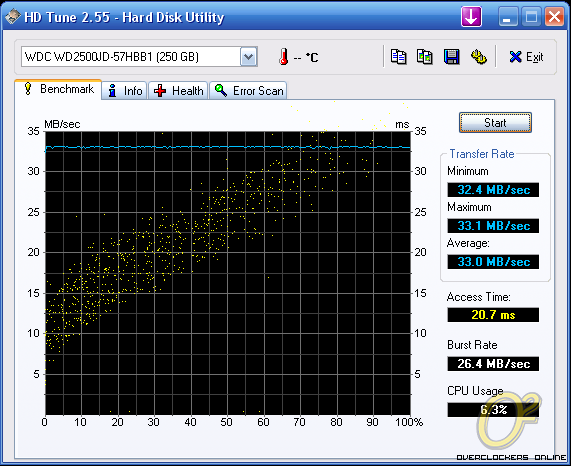 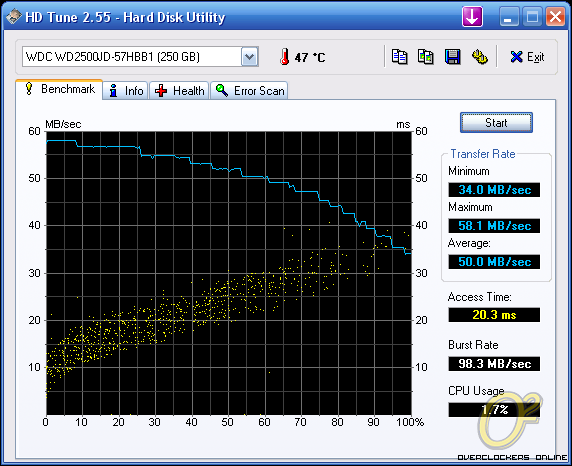 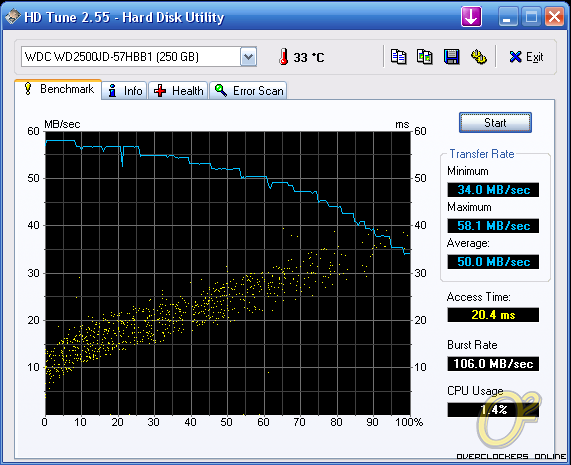 The main thing to take away from this is that the 'NA does not hinder at all in performance. You can see that while USB has a more level transfer rate, the eSATA allows for a much higher average, burst rate and uses less CPU resources.

The only major difference aside from these different runs is with temperatures. Obviously temps are going to be a little higher inside the enclosure with only a 60mm fan as opposed to the 230mm fan blowing right over it as it does in the HAF 932. While the included 60mm fan is thermally controlled, if it ever got to 100% I'm not sure but all throughout testing I never heard any noise so you don't have to worry about a noisy fan on your desktop.

Overclockers Online would like to thank InWin for making this review possible.