It is hard to imagine that Silverstone is only three years old. Here at Overclockers Online, and elsewhere, Silverstone has become one of a select group of case manufacturers. They have risen to this esteemed position by creating original designs, designing cases to fill virtually every niche, and executing their designs with attention to detail and craftsmanship.

In this review, Ill be looking at the black version of the LC20; a Multimedia Server/HTPC/large desktop-style case. This case has room for six hard drives, two 5.25 optical drives, 5 fans, and sports a sleek-looking, aluminum façade. Silverstone claims near-silent operation potential and next generation cooling, well see how well these claims hold up.

The case is housed in the typical Silverstone black box. The top has a nice photo and the sides list specs and other features of the case. Internally the case is protected by a thin plastic bag and two fitted foam caps. Along with the case you get two wire fan guards, a manual, and a bag full of screws and other assorted accessories. 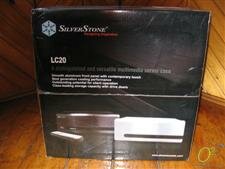 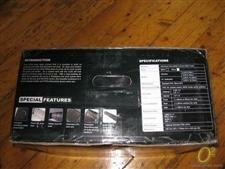 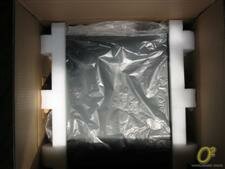 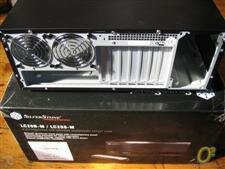 The specifications as theyre listed on the Silverstone website:

The LC20 is a painted steel box, in this case black, with a brushed aluminum face plate. There is also a gray case/aluminum face version available.

The face plate houses two pressure-release doors and a polished aluminum power button. An extruded acrylic impression runs along two-thirds of the lower portion of the case. The bottom of the two doors hides the I/O ports; the upper door hides the two 5.25 slots and the 3.5 slot.

The right side of the case sports one 80mm, mesh-covered fan vent. 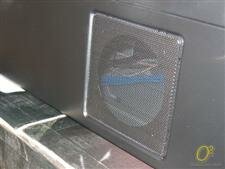 The left side of the case contains a large, rectangular, mesh-covered vent. There are no fan mounts in this vent. 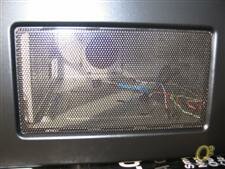 The rear of the case has two 80mm, wire-grilled fan covers and standard cut-outs for your motherboard, power supply, and add-in slots.

Overall, the case has a simple, clean appearance and might match well with other types of A/V components you might find in a console or near a television set. However, the case is designed for airflow first, and as a result, it is quite large compared to many of the other horizontally oriented cases Silverstone produces. When stood on its side, its actually very similar in size to a standard mid-tower case, an Antec 3700AMB case for example.

The interior of the case continues with the similarity of a mid-tower, only with the drive bays turned ninety degrees. At first glance I had been concerned about the potential lack of airflow around the hard drives, but a closer look revealed that there are two available spots for fans at the front of case, behind the face plate. 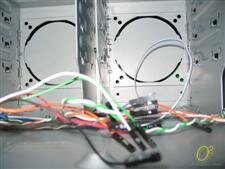 Pondering this placement a few moments longer I realized that there was no input venting for these front mounted fans. As a result of these observations, I will be paying considerable attention to hard drive temperatures further along in this review.

*Edit Nov.14 2006* – My initial observation regarding this venting was incorrect. Though not visible from the interior of the case, there are in fact 16 slots for venting in the bottom of the faceplate, directly underneath the hard drive cages. While this does not provide a direct path for unrestricted airflow, it does allow for sufficient airflow over the hard drives. 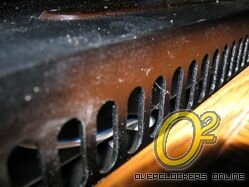 There is space for two optical drives, or any 5.25 device, as well as space for an additional 3.5 device.

Given the depth of the case, Ill be taking a look at potential collision spots between the drives and the add-in cards, power supply, and other layout tight spots.

Not having worked with a desktop-style case in some time, I didnt really know what to expect with this case. However, once I started, I found working with the case reasonably familiar, only slightly more sideways than usual.

Once the cages are removed you have a reasonably large area to work with. All the screws, stand-offs, and other accessories you need for installation are included. No fans are included with the case. Given the components I was using and my desire to keep noise to a minimum, I decided to forego installing either the side mounted fan or either of the two rear mounted ones, opting instead to rely on the CPU fan, power supply, and one 80mm case fan mounted in front of the hard drives to provide air flow through the case.

While the case was largely pretty easy to work with, I did run into a number of issues that need pointing out.

Issue number one: given my desire to utilize the power supply to aid in ventilation, I had to mount it upside down; otherwise the intake fan was facing the external grill rather than pulling air through the case. Unfortunately, there arent really any alternative holes pre-drilled for this purpose. While I was able to mount the power supply sufficiently, Id have loved either a mountable power supply plate or the additional holes to facilitate mounting the power supply in either orientation.

Issue number two: while this might seem picky, when you screw down an add-in card there is a gap between the card bracket and the case. While this doesnt really affect anything, this the first case Ive ever worked with that had this issue.

Issue number three: the depth of the case is probably its biggest weakness, and for me, it is nearly a deal-breaker. The issue here is two-fold, as it relates to both of the hard drive cages. You have less than twenty centimeters (roughly 7.5) between the rear of the case and the hard drive connectors. With hard drives mounted in cage number one, there is barely any room to fit the ATI AIW 9800 Pro card in. While it does just fit, the required video card power plug is in a very vulnerable position. If you own a card that is any longer, you simply wont be able to use this case. The added problem of this arrangement in my configuration, with three drives, is that the IDE cables have to be pressed so tight to the rear of the hard drives that airflow from the front fan is severely restricted. 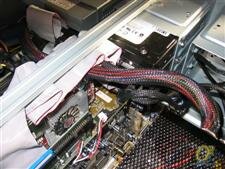 Now you might be thinking, so what, unless Im planning on using more than three drives, Ill just use the other drive cage; while this might be an option with some power supplies, in my case this was impossible. Using the Hiper power supply I reviewed here a while back, with its modular connectors, I simply didnt have the depth to insert the drive cage. Measuring another modular power supply I had on hand, I found it would also not allow for the drives to fit. So measure any components you plan to use carefully before purchasing this case. 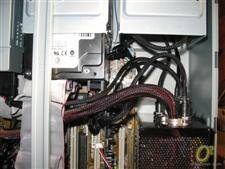 In the end, I was able to get the things I wanted in the case, in the case, but the fit is not without a bit of discomfort. Ill be keeping my eye on the temperatures carefully.

There isnt too much to discuss regarding operation. The press release doors work smoothly and quietly and the power button has a rewarding tactile resistance.

With the case housing my existing home theatre components, Asus A7N8X motherboard, Athlon 2500+ @ 3200+ with SI-97 Thermalright cooler, AIW 9800Pro, 1 GB memory, 2 x 160GB hard drives plus 1 x 80 GB drive, a DVD-ROM, and the Hiper Power Supply, the CPU would max out at 50C after about 30 minutes under 100% CPU load, with the ambient case temperature at 37C. It would return to its idle temperatures (WinXP loaded, no programs running), 36C for the CPU and 31C for the ambient case temperature, after about 14 minutes. These temperatures are fairly consistent with the previous setup using an Antec SX630 case.

Using the single 80mm fan in the hard drive bay in combination with the power supply fans and the 92mm CPU fan resulted in noticeable noise. While the ample fan mounts and venting allow the case to stay relatively cool, they also allow the sound to escape, and as a result the case exhibits a very distinguishable whine. Unfortunately the sound signature has just enough treble to be penetrating all but the loudest sections of movies or games. If this case was mounted, as Im pretty sure Silverstone had intended, in a multimedia console or some other TV-type cabinet, Im sure the sound would minimized considerably. This just wasnt the case in my living room. However, like anything sound related, given time, you will become adjusted to specific sounds your computer makes.

Looking back to the key marketing features Silverstone is presenting Id say the results meet the marketing about half way. Certainly the case does have a clean, sophisticated appearance, and it does present many cooling options if you require them; however, given the depth of the case, the storage capacity could be severely hampered with the wrong mix of components, and youll have a difficult time keeping this case quiet enough to be inaudible during quiet sections of movies or games if its not stationed in a console or cabinet.

Id really have liked to see this case delivered with a number of dedicated fans that tie into an integrated fan control unit on the front of the unit. This way the computer could be easily quieted when required, or turned up for additional cooling. Obviously, that can be achieved with aftermarket parts, but an all-Silverstone solution seems to me like a good idea.

The impression Im left with though, is one of fit, for me it all comes down to the fit. If the case was one inch deeper most of my reservations would disappear, but as it is, Im forced to feel a bit squeamish recommending it for most hardware enthusiasts. Perhaps if you have a short power supply, a short graphics card, SATA-only hard drives, and dont mind the additional noise generated by multiple 80mm fans, you can consider the LC20, however, if you dont meet all of these criteria, you might be better off looking at a different solution. Then again, if you are using a motherboard with an onboard video solution, can find a home for the case amongst other A/V components in a console, and dont plan on using more than a few SATA hard drives; this case makes a stylish and attractive HTPC.

Overclockers Online would like to thank Silverstone for making this review possible.

Nov 13, 2006
Simon's addition – Having posted this review, Silverstone has provided us with some feedback on some of the issues that Michael pointed out.
1. With regards to mounting the power supply so the bottom fan is facing the interior, the case was designed to only accept 3 of the 4 screws in this configuration. It is in Silverstone's opinion that this is sufficient. Personally, I would have liked to see the fan facing the interior the default installation position.
2. The depth of the case is shorter than normal because Silverstone got some complaints about their larger cases sticking out of A/V racks. With the right components, you should still be able to fit some decent SLI/CrossFire gear inside. You will still need to consider the length of your PSU and the new 8800 GTS/GTX will more than likely be out of the question.