For idle temperatures, the system was allowed to stand at idle for 3 hours before temperatures were taken. To achieve load temps, four instances of Prime95 were run for three hours and the average peak temperature was recorded using CPUID HWMonitor. 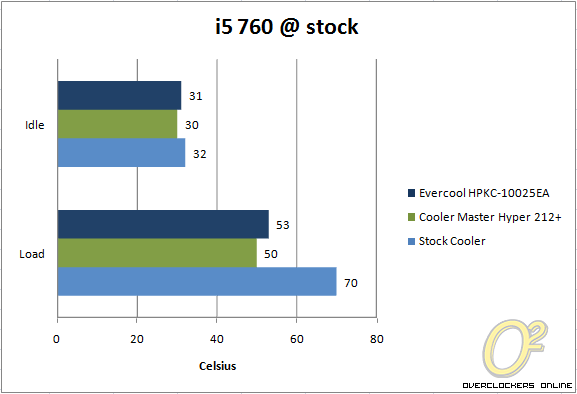 At stock settings the HPKC-10025EA is just 1 degree hotter than the Hyper 212+ at idle and 3 degrees off the mark under load. These are pretty good results as they easily best the stock cooler. Next up is to the heat a little bit to see how well Evercool’s cooler does. 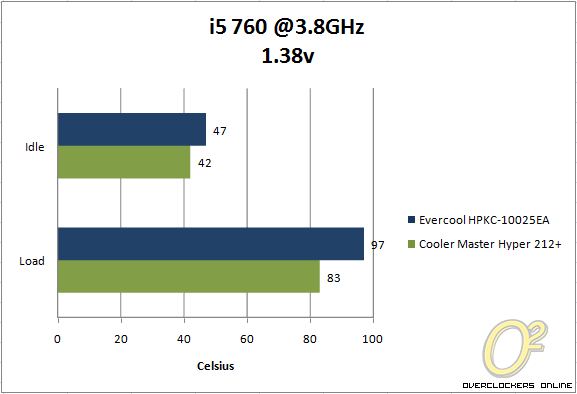 With the voltage turned up to 1.38, there is a good difference between the two coolers. Reaching 97C under load, I wouldn’t feel comfortable using the 10025EA ongoing with an overclocked processor.

Since the HPKC-10025EA does not have the ability to use your motherboards PWM controls, the fan always runs at the full speed of 1800 RPM. This doesn’t sound too fast but it does produce a noticeable hum so it may not be the best choice for a HTPC unless your case has good sound dampening.

Check for before upgrading!