The PhotoCapture 360 is double-boxed with outside shell displaying the turntable and a very long print-out of features & benefits and instructions on how to use the device. The back of the package continues with applications, system components, system requirements and specifications. The four sides of the box simply state the model of the device. A carrying handle is provided to transport the PhotoCapture 360 around. The complete package weighs about 10 lbs making it very easy to transport from site to site. 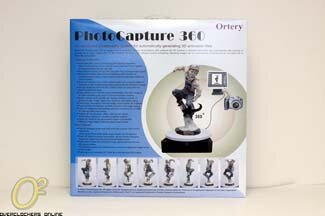 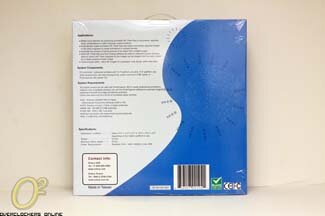 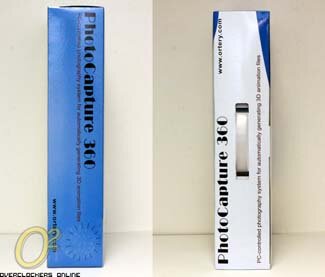 The interior box is made from corrugated cardboard to protect the device. Inside the box we have the accessory package with four background covers, installation guide, warranty details and software CD. Tucked underneath the PhotoCapture 360 are two USB cords and the power adapter. 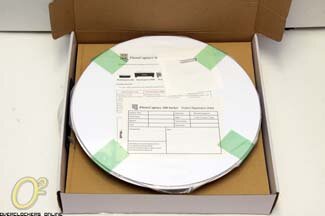 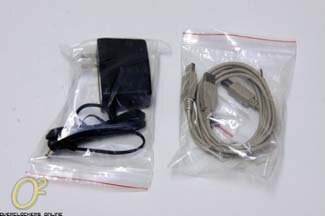 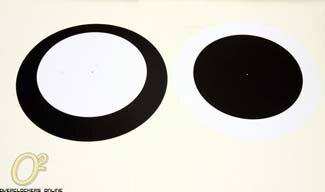 The PhotoCapture 360 itself was smaller than I anticipated. I was imagining something significantly taller but the low profile makes it easy to pack, carry and hide. 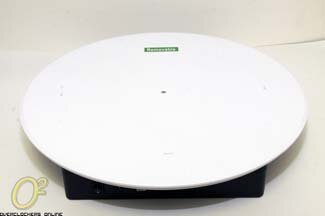 The four rubber feet will help prevent the PhotoCapture 360 from sliding around. The larger and more expensive models have adjustable feet to compensate for any uneven surface.

The motor and gear system to rotate the turntable are located under the platform. Adequate cooling is necessary to prevent any electronic components from overheating and this is accomplished by a small fan at the back. You can see that the PhotoCapture 360 achieves a balance rotation by using 4 rotating wheels along the perimeter along with a gearing system to accomplish the rotation itself. My particular model supports up to 25 lbs but you can get the PhotoCapture 360XL which will support 400 lbs! 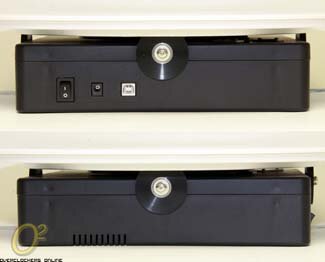