Noctua is no newcomer at Overclockers Online. We have tested several of their ‘sound-optimized premium components’ in the past, including their CPU coolers and fans.

It has been a while since I reviewed the Noctua NH-U12P, a heatpipe-equipped CPU cooler that performed very well. For your reading pleasure, we will be reviewing the successor to the NH-U12P… please welcome the
NH-U12P SE2
. What's different about the SE2? It is compatible with the newest sockets and includes not one, but two, NF-P12 fans.

Just like the NH-U12P, the NH-U12P SE2 is packaged in a cube-like box that has Noctua's characteristic brown and blue color scheme. There is a small window that allows us a peek at one of the two NF-P12 fans that are included. You can even see some of the heatsink's fins if you look closely. The SE2 special edition is Core i5 and Core i7 ready.

On the top, we have a large list of specifications for both the heatsink and the fan. We'll take a closer look at these on the next page.

On one side of the package, there are some excerpts from reviews of the cooler and a list of contents, among other things. 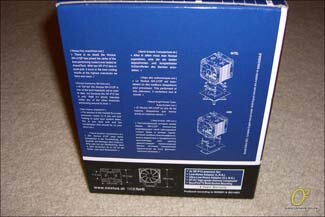 Several features of the heatsink and fan are highlighted on the back. 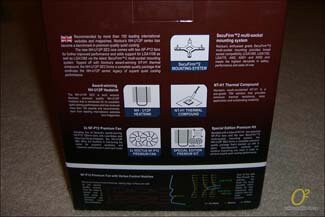 Another side shows off the numerous awards the Noctua NH-U12P has received as well as a multilingual product description. 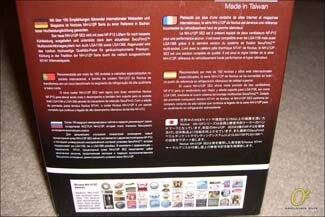 Before opening up the package, let us take a look at the features and specifications.

Noctua's webpage for the NH-U12P SE2 is very detailed and includes all the information you would want to find.

The list of features we found on the package is also here:

Two NF-P12 fans are included, as well as the NT-H1 thermal compound. The NH-U12P SE2 is compatible with a plethora of sockets.

Moving on to the specifications:

Everything looks good on paper and you will notice that the features and specifications are very similar to the NH-U12P.

Opening the box up reveals two smaller boxes inside, one of them has two indentations to allow you to lift it out with your fingers, which is very convenient.

One of the boxes houses the heatsink and one fan. The smaller one has the installation equipment and such. The second fan is also inside this box, along with installation manuals for both AMD and Intel sockets. Even a screwdriver is included to aid installation. 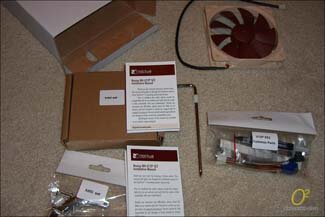 Two NF-P12 fans are included with the heatsink. 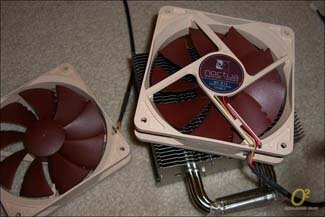 Turning our attention the heatsink itself, we can see the linear arrangement of the 36 aluminum fins. Four dual heatpipes emanating from the nickel-plated copper base intersect these fins.

Being a tower-shaped cooler, you may have trouble with clearance in small cases. 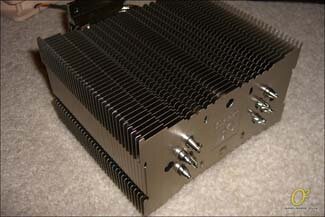 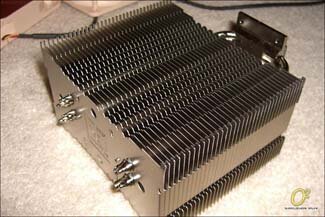 The Noctua logo is stamped on each fin and there are four more holes in each fin, perhaps foreshadowing a version of the cooler with more heatpipes. 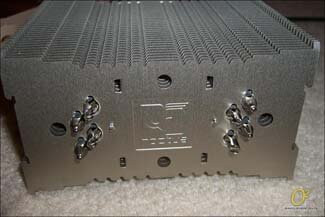 Looking at the base of the cooler, we notice that the nickel-plated copper base does not have a mirror finish. According to Noctua, the ‘micro-grooves’ actually help high-viscosity thermal compounds to be spread more easily than if a mirror finish were used, which results in improved performance.

I'll be installing the Noctua NH-U12P SE2 on my Asus M3A78 Pro motherboard, which has an AMD AM2+ socket. The first step is to remove your old heatsink and retention module. The NH-U12P SE2 utilizes AMD's stock backplate.

Using the equipment from the ‘common parts’ and ‘AMD set’ bags, we can proceed with installation. Place each of the four plastic spacers over the protruding nuts of the stock backplate.

Then secure the curved metal brackets to the plastic spacers using the provided long screws.

Secure the two metal fastening brackets to the heatsink base with the small screws that are provided. 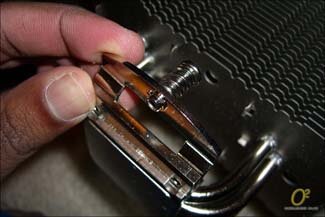 At this point, apply a small amount of the included NT-H1 thermal compound to the top of your CPU. You may spread it out yourself or rely on the pressure of the heatsink's base to spread it.

Place the heatsink on the CPU and line up the spring-loaded bolts with the holes in the mounting brackets. 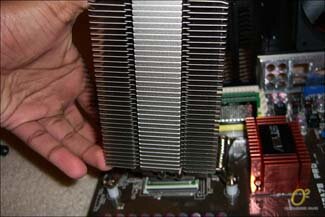 Use the long screwdriver to secure the heatsink to the mounting brackets. There are no clearance issues with installation but it is somewhat close to the RAM on this board.

The next step is to install the fans. First I stuck the vibration-reducing strips along the edges of the heatsink. Then use the fan clips to secure the fans to the heatsink, taking note of the airflow direction. You want one fan to push air into the heatsink and another one to pull it out. You can use any 120mm fan you'd like but I opted to use the two included Noctua NF-P12 fans. 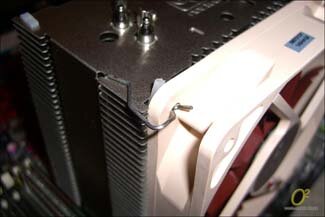 With the fans installed, the cooler towers over the motherboard.

That covers installation. Don't forget to plug the fan connectors in. You can use the included low-noise or ultra-low-noise adaptors in-line if you want to run the fans at lower speeds and lower noise levels.

I went with the NF-P12 fans at medium speed using the low-noise adaptors because based on my findings, 1100 RPM represents a good performance vs. noise ratio. At that speed, each fan has an airflow of about 46 CFM and a noise level of 16.9 dBA.

The ambient temperature was approximately 20ºC throughout all the tests.

First up we have the CPU temperatures at 2.6 GHz. 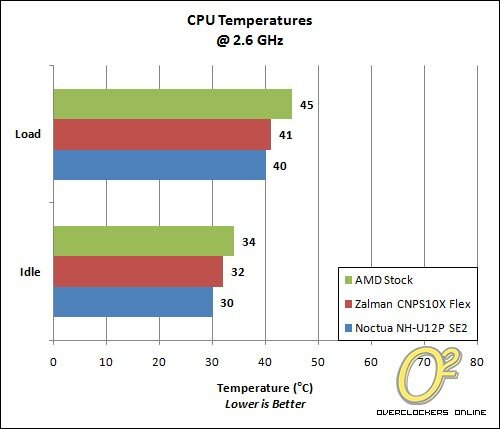 Both the NH-U12P SE2 and Zalman CNPS10X Flex outperform the AMD stock HSF. Although the temperatures are close, the Noctua manages to edge out the Zalman but only by a very small margin. 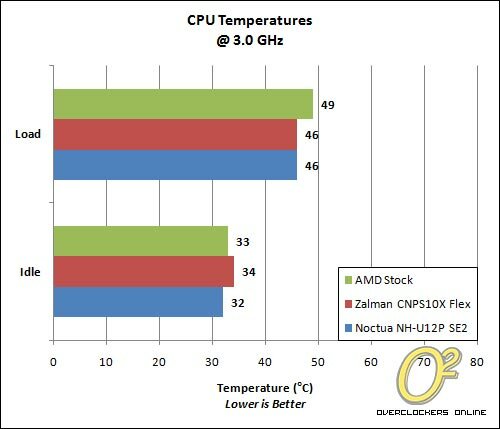 At 3.0 GHz, the increased speed and VCore bring increased temperatures. There isn't much difference between the idle temperatures at 2.6 and 3.0 GHz, but the differences become apparent in the load temperature measurements. The Noctua and Zalman coolers seem to be evenly matched, and once again outperform the AMD cooler.

In terms of noise, the NF-P12 fans running at the medium setting were not very intrusive. In fact, you can barely hear them over the case fans.

The Noctua NH-U12P SE2 is a great cooler. I was already impressed by its predecessor, the NH-U12P and Noctua has managed to improve on it with the inclusion of an extra NF-P12 fan. The build quality and design are excellent and compatibility is a non-issue. Installation was also extremely simple – the clearly illustrated manual was a big help.

In terms of performance, I have no complaints. This is a cooler that performs very well. It even kept my overlocked quad-core Phenom 9950 processor cool while the NF-P12 fans were relatively quiet using the low-noise adaptors.

All things considered, the Noctua NH-U12P SE2 is a perfect cooler in my book. Although it is somewhat expensive, you do get what you pay for.

I'd like to thank Noctua for making this review possible