I've reviewed a lot of Super Talent's memory products in the past and today I will be looking at one of their USB flash drives.

With increasing storage needs, hard drive and flash drive capacities have been increasing by leaps and bounds. It seems like just yesterday I was wrestling with 1.44 MB floppy disks. The USB flash drive we're reviewing today, the
Super Talent Luxio
, has a whopping 64GB of storage space.

The Super Talent Luxio comes in a very polished and professional package. In fact, the package doubles as a gift box. There is a picture of the drive on the front as well as the ‘Luxio’ designation. The Luxio is marketed as a ‘high-capacity luxury USB drive’ and the package conveys the same imagery with its elegant design. 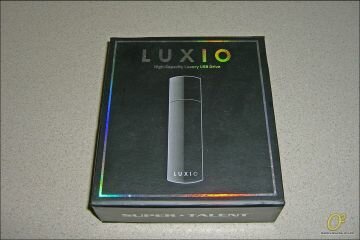 Super Talent's logo can be found on the box as well. 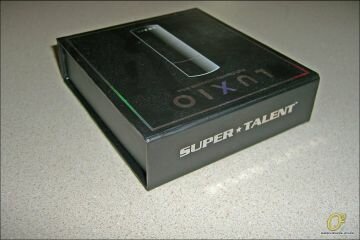 The back of the box describes the features of the Super Talent Luxio in several languages. All in all, the package is very simple yet classy. 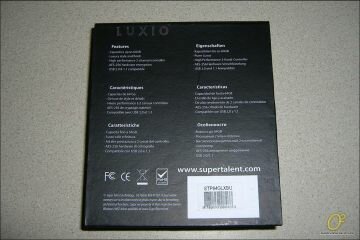 I went to Super Talent's well-designed website to find the page for the Luxio to gather more information.

Super Talent describes them as follows:

Luxio USB drives are first and foremost a sleek and classy mobile storage solution. But there's a lot more to Luxio than meets the eye. These small drives store up to 64GB of data — as many as 20,000 six megapixel photos! We also include AES-256 hardware Encryption with every Luxio drive, and a custom made leather carrying case.

The features and specifications are also tabulated: 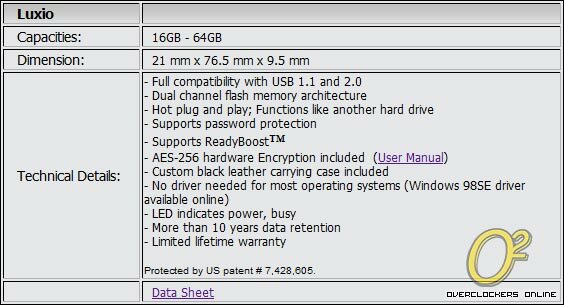 We have the 64GB version today. The Luxio has several features found in high-end flash drives such as AES-256 encryption.

Let us move on to getting our hands on the drive itself.

The magnetic latch on the package swings open to reveal both the Luxio inside and its leather carrying case. 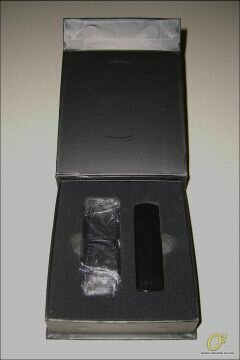 The leather case has a hook and a magnetic latch. 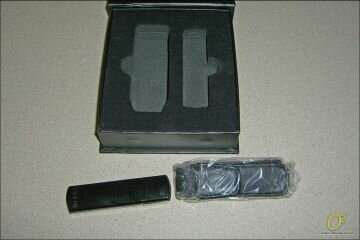 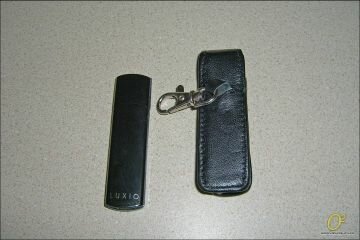 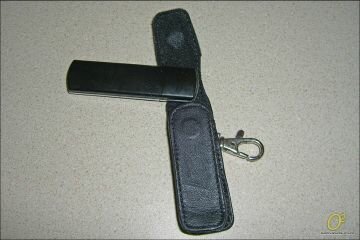 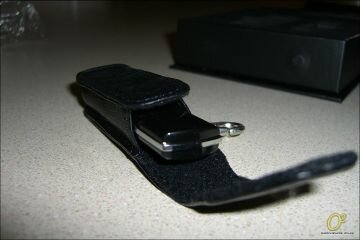 The drive itself has a very shiny surface, which made it extremely hard to photograph. However, in person, it looks very classy – the black combined with the aluminum accent strip makes for an attractive drive. There is a small loop to which you can attach a lanyard or keychain if so desired. 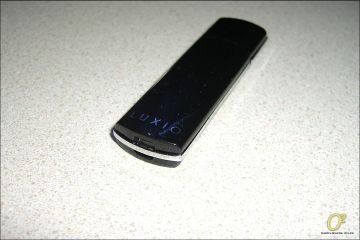 Removing the cap from the drive reveals the standard USB connector. I would've liked to see a cap which had at least some way of staying attached to the drive. The way it is right now, I would probably lose it sooner or later. 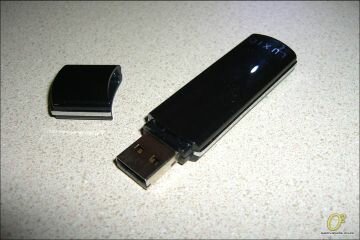 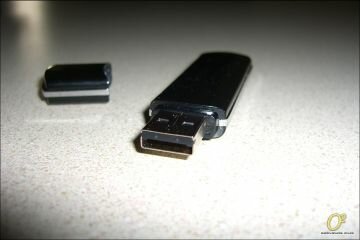 On the sides of the drive, the Super Talent logo and the capacity (64GB) are engraved. 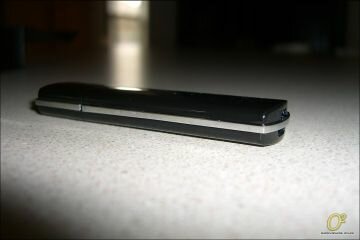 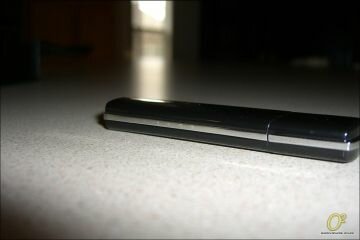 As with any other USB flash drive, all you have to do is plug the Super Talent Luxio into an empty USB port on your computer. 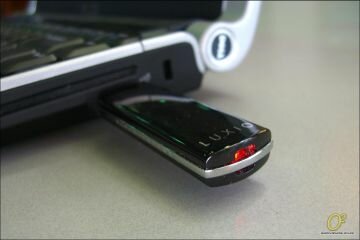 The drive comes with three files: a FAQ for the Luxio, a program called ‘SecureLock’ and its user manual. 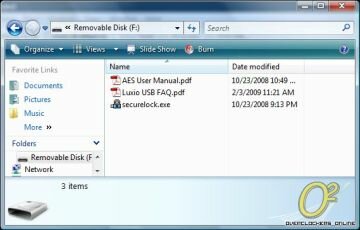 SecureLock can be used to enable an encrypted partition for the drive. You can also choose how much space to allocate, in addition to choosing the desired storage space for the partition. 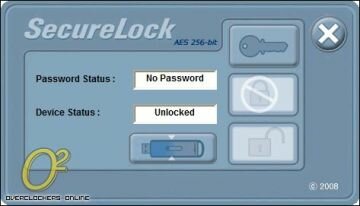 For testing, both synthetic and ‘real-world’ benchmarks will be employed to analyze the performance of the drive. 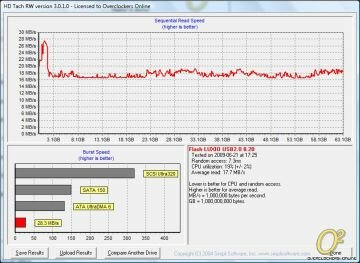 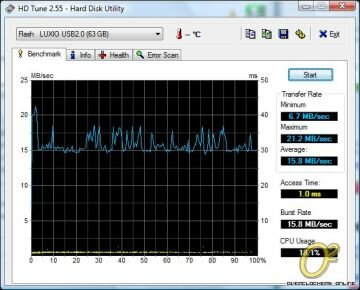 ATTO results show a similar trend, with read speeds maxing out at around 26 MB/s and write speeds around 19 MB/s.

Using DiskBench, I generated and used two files, one 100 MB and the other 500 MB, to measure copy and read speeds.

Read speeds were around 23 MB/s and write speeds at just under 16 MB/s. 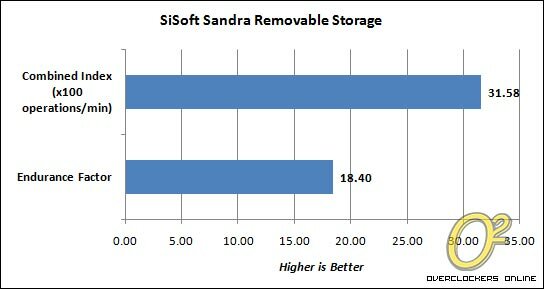 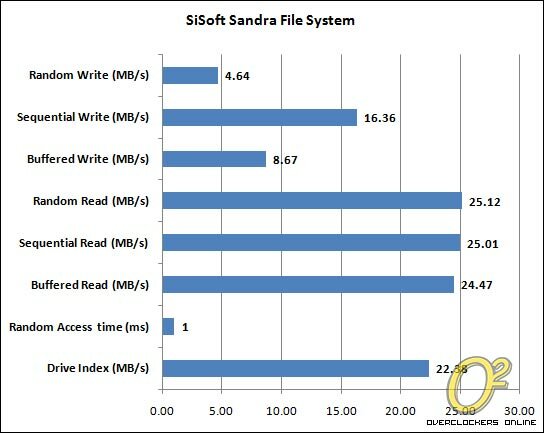 Read and write speeds are once again very similar to what we've seen so far.

Super Talent memory products have never failed to impress me and the Super Talent Luxio is no different. With a massive storage capacity of 64GB, you will be able to transport all your large files in its conveniently small package. In the aesthetics department, the Luxio is not revolutionary in terms of its design. However, it looks very sturdy, durable, and it has an elegant look to it.

There is only one thing that I do not like about the Luxio and that would be the fact that the cap doesn't stay attached to the drive when you remove it. If I really wanted to nitpick, I would say that the casing picks up fingerprints really quickly.

All things considered, the Super Talent Luxio is a product that combines a large storage capacity, fast transfer rates, and a beautiful design to create a very nice flash drive.

I'd like to thanks Super Talent for making this review possible