We have been visited here by Antec numerous times and they make a quick return to after I took the P183 for a test drive a few weeks ago.

On the bench today is the P193. Much like the P183 was to the P182, the P193 is the successor to the P190. While the P190 was really geared towards high end dual power supply systems, the P193 takes a step back to make it more practical for a wider range of users.

On the front and back of the box you just get two different front angle shots of the P190 against a black background. 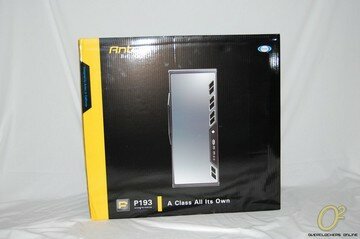 On the sides you get a list of specifications in several different languages. 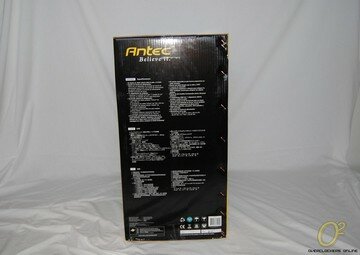 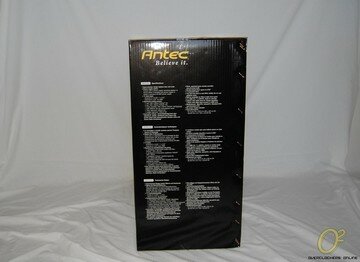 Opening up the box you see the P190 wrapped in a plastic bag and sandwiched between two Styrofoam ends. 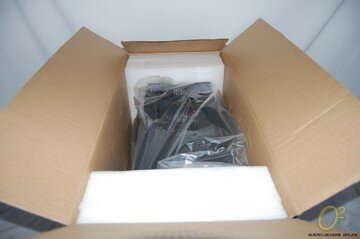 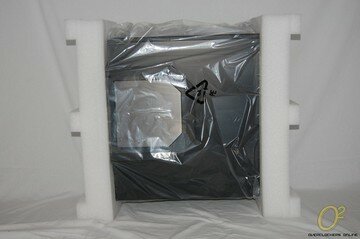 Accessories include drive rails for 5.25′/3.5′ bays, cable ties, various screws, front door keys, fan clips and a support bracket for longer video cards. There is also a warranty statement and product overview flyer. The same as with the P183, there is no manual included though you can read a PDF version online. 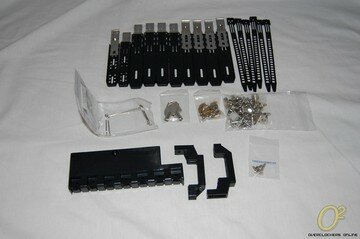 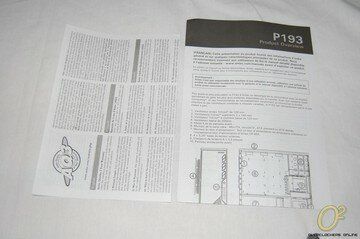 - Front door vents, as well as wider vents along the door frame, improve airflow into the chassis.
- Filters and filter doors are integrated as one unit. The doors themselves have been modified to provide greater airflow, resulting in cooler system temperatures.
- Drive bay covers are vented and include air filters to provide better airflow.
- Lower chamber fan is now located in front of the hard drive cage, allowing for installation of longer PSUs as well as easier cable routing between the lower HD cage and the power supply.
- The Big Boy 200, a 200mm fan, is moved outward to give more clearance for taller heatsinks. Externally removable washable air filter allows for easier maintenance.

Initially from the front the P193 looks identical to the P183, with the same vents in the front doors and the same color. Peaking up top is the first difference as the P193 is longer and has 2 140mm fans mounted in the back. You can see the side mounted fan sticking out a bit, this is one change from the P190 where the fan was mounted flush with the side. 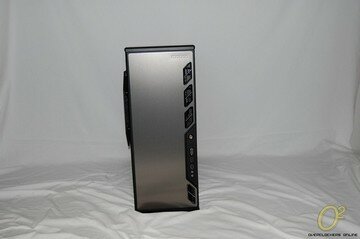 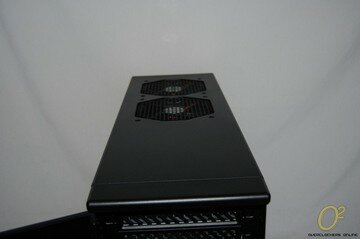 Once you open up the front door there is the familiar four 5.25′ bays, one 3.5′ bay and two removable fan filters. Also on the front is the power and reset switches, eSATA, two USB as well as mic and headphone jacks. All of the front bay covers are vented and filtered, an improvement over the P190. 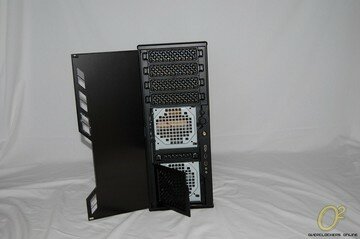 The front panel can be removed and reveals vented front panels. All of the bay cover panels are easily removed with the front still on. 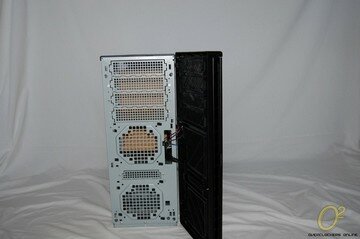 The right side panel is somewhat unremarkable while the left side houses that side mounted Big Boy 200mm fan.

The side fan enclosure sticks out about one inch which allows for better clearance inside for heatsinks. There is a removable fan filter that easily slides out the back side. 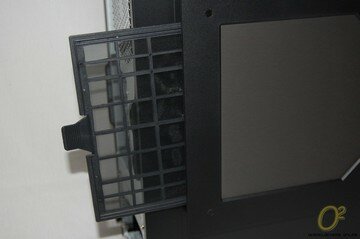 The back side is a familiar sight with I/O plate, 120mm fan, seven expansion slots, holes for watercooling and a bottom mount for the power supply. There is a bracket that is removable to allow for mounting of Antec's own CP series power supply. Along the top edge are the fan controls for the two top 140mm fans and the one back 120mm fan. 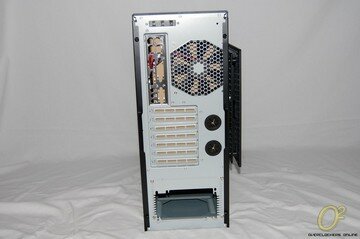 Just like the P183, the bottom is smooth with four adhesive mounted rubber feet.

Removing the two side panels, the right side panel is smooth but we can see the 200mm fan in the left side panel. The side fan has a 4-pin molex for power and the switch for speed control. It would have been nice to have this switch mounted for external control in the side panel like the rest of the fans are. Both panels are made of a combination of plastic and steel which gives them some weight but also helps to dampen noise. 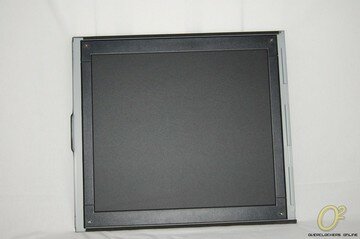 Inside was an absurdly large box which made me wonder what it contained, but it contained just the accessories. The P193 is longer than the P183, to accommodate full length video cards and eATX motherboards. The P190 has two metal brackets/covers for the holes in the divider for the upper and lower chambers. 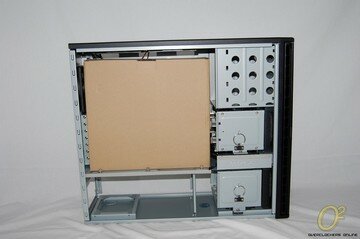 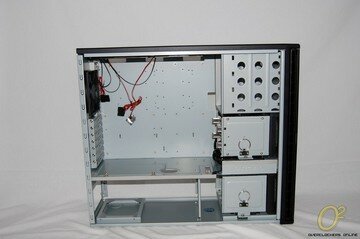 You still get the two different hard drive modules holding a total of 6 drives. Both come equipped with rubber grommets to help reduce vibration from the hard drives. 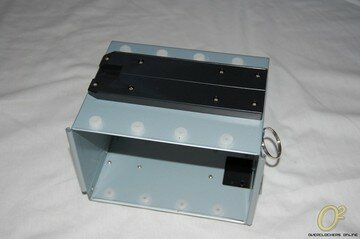 I rather like the system used in the P183 better where the hole covers were adjustable, but in the P193 they are either on or off with no adjustments. The power supply mounting area is lined with rubber for further vibration reduction. PCI expansion covers use regular screws and are vented. All three rear and top mounted fans use 4-pin molex. 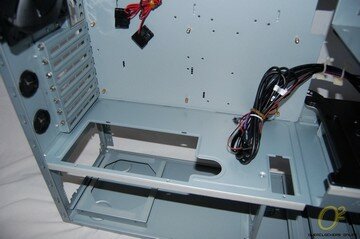 Behind the motherboard tray are plenty of notches for attaching straps and with three cutouts along the top and one on each the left and bottom. Much like with the P183, I wish the hole was a tad wider or that there was one more in the bottom. 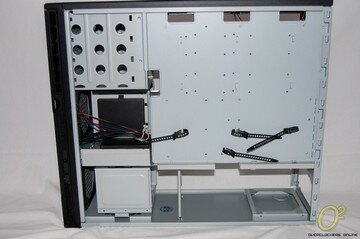 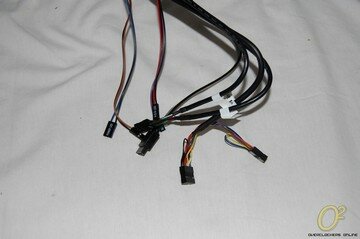 Now let's throw some hardware in and see how she fares.

One benefit of the longer case is more room for larger power supplies. Even with this Ultra X3 1000W unit, there is still plenty of room to work in. 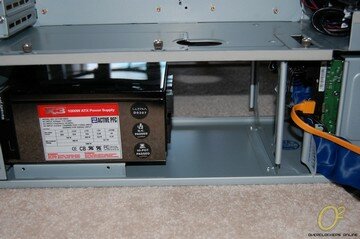 Here is where I would rather have the P183 design so that you don't have to remove the entire plate.

Cable routing is a breeze on the backside, but unless you have long cables on your power supply you won't be able to run many of them behind the motherboard tray. 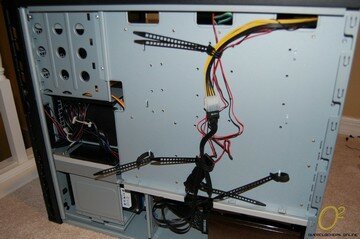 Even though it is a bigger case, it is still a tight squeeze into the upper corner of the motherboard to reach the 8 pin power connection.

The power connection for the side mounted Big Boy fan is quite short and is a bit of a pain to connect to a power source. I think this would be the ideal spot for some of the contact plate power solutions I have seen in other cases. 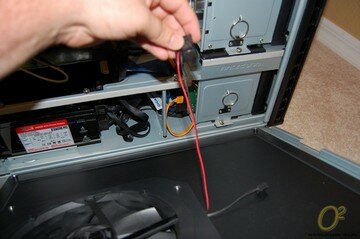 The system is loaded up and ready for some testing.

Powered on, the hard drive LED is hidden by the front door. 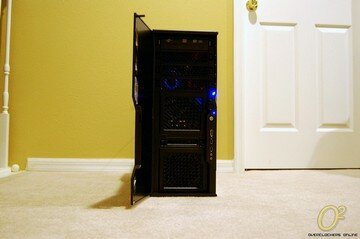 It's time to move along and test things out.

To get idle temperatures I started the PC up and allowed it to sit at idle for three hours with no processes running and recorded temperatures using Everest Ultimate. All temperatures were recorded using Everest Ultimate Edition. Once again like I did with the P183, I tested at high and low settings (keep in mind there is a medium setting as well that is not tested). Since we are dealing with the same fans the noise level is pretty much the same, pretty quiet on low but a good bit of noise on high. Again it's not a whining noise, but a loud bit of moving air. 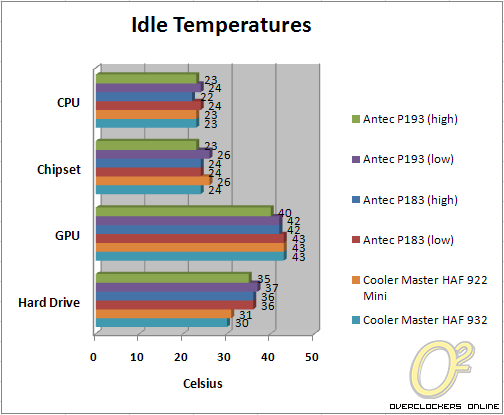 While idling most of the numbers are what I expected with the exception of the GPU temperatures as it pleasantly surprised me, besting both HAF cases.

Next was to load the PC and get some temperatures with a little more heat involved. To get load temperatures, I ran Orthos blend along with 3DMark06 in a continuous loop for three hours.

Under load results were kind of a mixed bag. While the numbers are still good, I expected slightly better temperatures for the GPU than what I recorded.

The P193, like the P183, is really a sleek looking case that is not flashy and that's a good thing. All of the positives of the P183 are here; cable management, fan speed controls and good cooling. With the two larger 140mm fans in the top and the 200mm Big Boy in the side the gives the P193 a cooling advantage. On top of this you get the added advantage of room for eATX motherboards and full length video cards.

With the positives, the P193 also brings with it much the same negatives. The P193 is nearly five pounds heavier at nearly 36lbs empty. And while cable lengths could pose problems in the P183, they most certainly will in the P193 as well with a longer interior.

Antec has had a winning formula with the Performance One series, and the P193 is no exception. With only a slightly higher cost than the P183, the P193 is well worth the added cost for more real estate and better cooling.

Overclockers Online would like to thank Antec for supplying the P193 case for review.

Check for before upgrading!