Now Zalman certainly needs no introduction as they have long been a leader in computer cooling products and have been no stranger to Overclockers Online. They brought a new look to heatsinks when they came onto the scene nearly 10 years ago.

It wasn't that long ago that I got to test out the CNPS9300 AT, which brought the great design of the 9500/9700 coolers and shrunk it down a bit. Today I get to test out their latest in the 9000 series that takes things in the opposite direction: bigger. Zalman has tweaked the design while increasing the fan size with the CNPS9900 LED that promises to continue the great reputation of their CNPS line. Read on ahead to find out just how well it performs.

The box is a bit larger than I'm used to with Zalman coolers, but I expected it with a 120mm fan hiding in there. Both the front and back of the box have a small cutout giving you a hint of what is inside. Aside from that you get a few features and Zalman makes sure you know the 9900 also supports Intel's latest socket 1366. 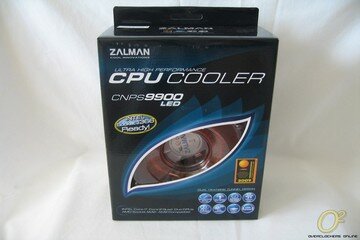 The sides have a list of specifications and compatible CPUs, along with some pictures of the cooler. 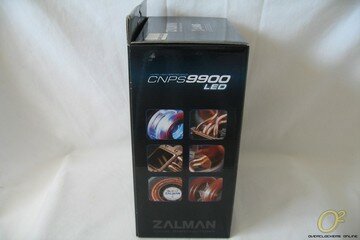 Once the top is open you are greeted with the accessories. 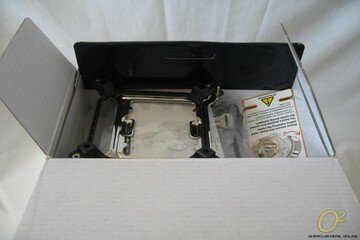 Besides mounting hardware for every modern CPU, Zalman also includes a case badge, installation manual and thermal grease. Zalman has gone a step above and instead of a including a small tube of thermal grease, they have included a small bottle of their ZM-STG1 grease. 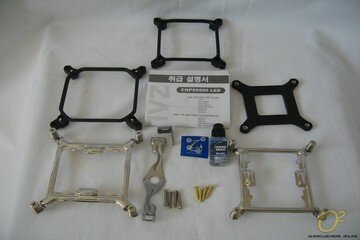 I grabbed the specifications straight from Zalman's product page here.

*Does not generate noise or vibration in Silent Mode.
*100% copper heatsink with aerodynamically optimized ‘tunnel’ design for maximum cooling efficiency.
*Patented heatpipe design for cooling performance of up to 6 heatpipes with the use of just 3.
*Ultra-thin 0.2mm fins for minimized weight and significantly reduced airflow resistance.
*Compatible with all Intel Socket 1366/775 and all AMD Socket AM2+/AM2/754/939/940 based Single, Dual, and Quad Core CPUs.
*Ultra quiet 120mm PWM LED fan for automatic fan speed control according to the CPU's temperature.

As you can see Zalman has you covered with most every CPU you might possibly have. Now that we know the specs, let's dig down and take a look up close and personal.

The 9900 LED comes protected inside a plastic clamshell that easily pulls apart.

The heatsink comes with a protective plastic shroud installed to help prevent damage to the fins during shipping and transport. After this shroud is removed you can see the two separate cooling fin sections. The integrated 120mm fan rests in between these two and pulls air in one side and pushes it out through the other side. You can also see how the heatpipes wrap around within the fins. 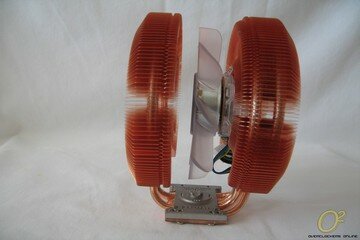 When you look at the cooler straight on, the 9900 has a similar appearance to the previous 9000 series coolers. While there are only 3 heatpipes, the design allows these 3 to double and act as 6 heatpipes. Zalman uses .2mm fins that they claim causes less resistance and at first glance it really looks to be a clear path from front to back. Using these thinner fins also helps reduce the weight which is important in a larger sized heatsink. 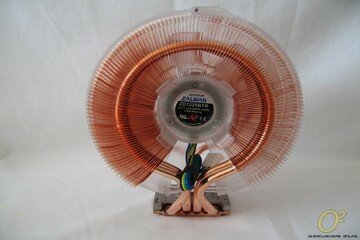 Taking a closer look at the top of the base is a familiar site, as it uses the same raised bump in the center as previous coolers by Zalman. 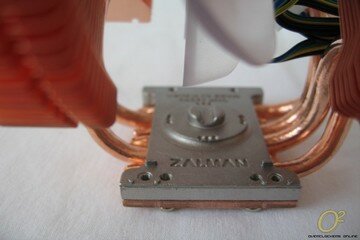 The bottom finish on the 9900 LED is the typical mirror finish we have come to expect from Zalman. 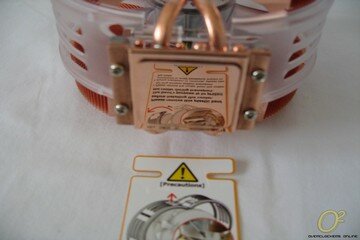 While I typically don't cover installation as it's usually pretty simple, I'm going to cover a little here with the 9900 LED just to give an idea since the brackets are slightly different than what we have seen in the past from Zalman.

I used my Gigabyte P35 board as an example because I have run into issues with clip type mechanisms interfering with components around the socket. With Zalman's new mounting bracket, a clip is no longer used; instead there are four screw holes.

The main issue I had was the fact that you have to angle the screwdriver to get at the screws. I was a little concerned with bending the fins by accidentally hitting it with the screwdriver, though this didn't actually happen to me. 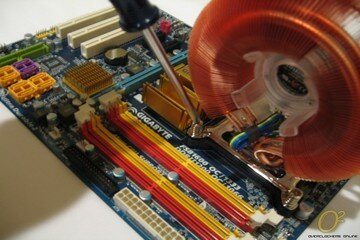 And now the money shots, once things are powered up the CNPS9900 LED becomes even better looking especially with a window.

At stock settings the CNPS9900 clearly separates itself from the pack and reduces temperatures by a whopping 11C over the stock cooler under load.

The next challenge was to up the voltage to 1.28v and see how the CNPS9900 LED fares.

While at idle temps are all just about even across the board, once the CPU is put under load the 9900 once again shows just how well it dissipates heat.

While noise is generally pretty subjective, the CNPS9900 LED never made itself noticeable above the rest of the PC. For this type of performance and to not hear a whining noise from the cooler is a definite plus in anyone's book.

While it has been quite some time since Zalman has released a new high end air cooler, they have shown with the CNPS9900 LED that they have not rested on their earlier success. Its larger size allows for quiet operation and outstanding performance.

The only drawback to the CNPS9900 LED is with installing the heatsink, where its larger size can make for a tight fit when screwing things down. However that is where the disadvantages end for Zalman's latest. Once again Zalman has pushed themselves to the top of the heap with the CNPS9900 LED.

Overclockers Online would like to thank Zalman for supplying the CNPS9900LED for review.