If you've ever travelled with a laptop, you've probably wondered if you packed all your accessories, most important being the laptop charger. You may have also been in an unfortunate situation where your charger was broken, perhaps the cord rolled over one too many times or the ends tore from the repeated wrapping to put it away.

I've been in that situation and have realized the convenience of owning multiple adapters. One for at home and one for the road so I know I'll always have a spare and won't forget to pack it. However, OEM adapters aren't cheap. To buy a spare and then to throw it away if you switch laptop manufacturers is a big waste of money. Enter the Slim Notebook Adapter (SNA) 95 by Cooler Master.

The SNA 95 is packaged in a typical purple and white box with a great big view of the adapter itself. It clearly states that it peaks up to 150W and can charge notebooks, mobile phones, smart phones, MP3/MP4/iPod and PDAs/GPSs. While it claims to be a Slim Notebook Adapter, it does much more with the extra 5V/1A USB port to charge your accessories. This is a great way to free up socket space in your room as most devices can be charged via USB. On the back of the box we get another picture of the slim adapter as well as a look at the charger tips included and USB port on the side of the adapter.

The side of the package indicates the equivalent tip color for various notebook manufacturers. The specifications are also printed including the voltage input and output, dimensions and indication. The other side of the box requests that you visit for more information.

Online we have the features and specifications.

Opening up the package, the SNA95 is enclosed in a clamshell package. In addition to the charger tips, Cooler Master has included a small carrying case and an instruction pamphlet. Unfortunately for me, the carrying case came with a bit of damage. The cord around the bag's neck was separated - nothing a little knot can't fix though. 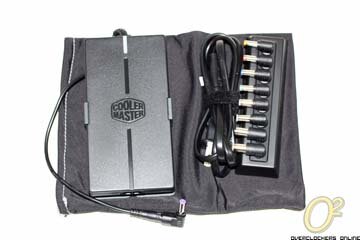 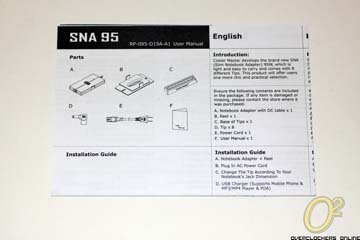 The adapter is very much like every notebook power adapter I've ever touched. The biggest difference is the elevated platform which allows you to wrap the cords around to keep everything tidy and the USB charger on the side. 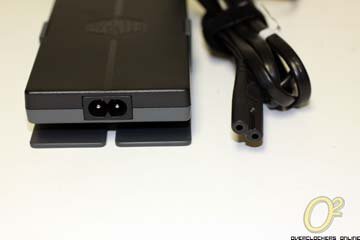 The adapter itself is very small but with the platform it's actually thicker than most OEM adapters. You can see in the photo above that the adapter requires some assembly before use. The wall cord must be plugged into the SNA 95 and the wall before initial use.

Everything I've read points to eight charge tips being included... the picture below shows eight in the base plus the one already attached to the end of the SNA95. The specifications don't say what notebooks the purple tip can be used for, perhaps for testing purposes only. 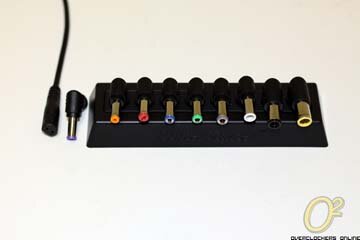 Switching tips is incredibly easy. First you need to pull out the original purple tip from the SNA 95 cord, select the new tip for your notebook, line up the ends so the positive marking on the cord matches the tip and the flat ends are both aligned before pushing the two pieces together. 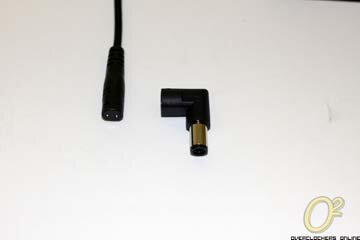 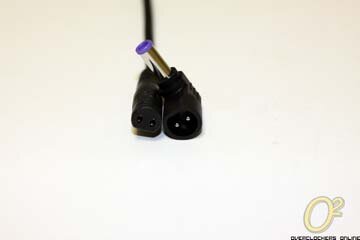 Once you plug the SNA95 into the wall, an LED will glow white. If you plug in a USB device, the LED will change from white to blue. It's a soft glow compared to the harsh green omitted by my Dell m1210 adapter.

I tested the SNA 95 on two laptops. With my Dell XPS m1210, I was only able to sustain the charge it was already at. Dell is able to recognize whether or not a Dell power adapter is being used with the notebook - a sneaky little trick by Dell to ensure only their chargers are purchased.

I switched over to my Lenovo Thinkpad R400 and was able to sustain a charge rate of around 14-15W as monitored by BatteryMon v2.1. The charge rate with a Lenovo OEM notebook power adapter was 15-16.7W. This was when the laptop's battery was already 90% charged. So it appears the SNA 95 is a little slower for charging but the versatility of charging different notebooks is well worth the slower charge rate. One very nice feature of the SNA 95 is the USB charger. Instead of having to find different wall adapters and cords for my PDA, GPS and iPod, I charge them all with various USB cords.

So where does this leave me? I'm not one that can blame Cooler Master for Dell's proprietary circuitry that prevents the SNA 95 from working on my XPS m1210. Cooler Master has done some testing and had had positive results on a few Dell notebooks but most of the newer ones likely won't charge. It can only lead me to caution all Dell owners that you may want to fork out the extra dough to buy an OEM charger instead of risking the SNA 95 and hoping it'll charge your notebook. 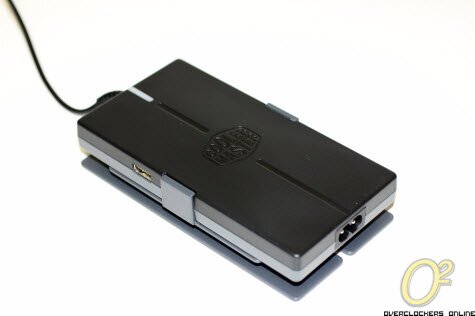 For everyone else not using a Dell, the SNA 95 should be on your list of adapters if you ever break your original or decide you need a spare. It may only save you a few dollars or may cost you an extra buck or two, but it provides extreme versatility with notebook and peripheral charging.


I'd like to thank Cooler Master for making this review possible.