Not surprisingly the V9 Black comes packaged with a black background. Being marketed as a gaming case, it seems almost a standard to have a CGI female character adorning the box much like most video cards. The front outlines the most important feature of the V9 Black, the twin 230mm fans that cool the case. The back of the box gives a good rundown of the features and highlights for the V9 Black. 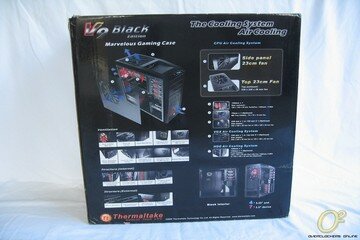 The sides show the specifications for the case along with a small blurb directing you to the Thermaltake website for further details. 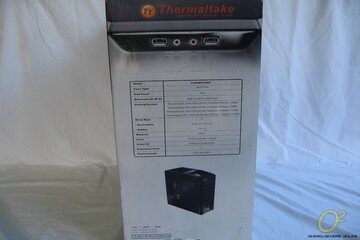 Once you open up the box up, the V9 Black is wrapped in a plastic bag and sandwiched between two Styrofoam blocks. Pretty standard packaging that should protect it fairly well though could be easily foiled by a determined delivery driver. 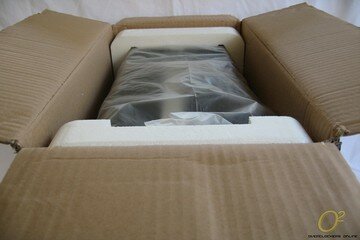 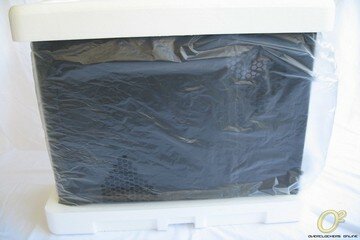 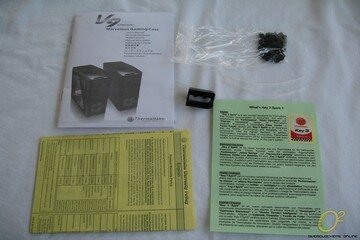